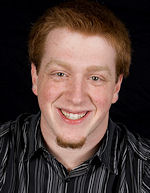 Ever since seeing a live production of Singing in the Rain, Joshua Kurtz knew he wanted to be involved in the theater. After watching the song Make ‘Em Laugh, Josh leaned over to his mother and whispered into her ear, “I want to be like that guy!”

Since then, Joshua pursued his dream. He attended the Drama Academy at Gloucester County Institute of Technology.  He spent six years touring the world teaching song and dance with The Young Americans. As a Writer and Director, he has written, produced and directed six original musicals, and numerous other pieces. He’s always striving to create new and interesting theatre, in an effort to share his passion with as many people as he can. 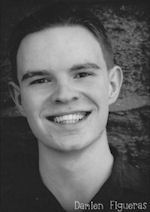 Damien Figueras has been obsessed with theatre since his brother suggested he listen to Andrew Lloyd Webber’s The Phantom of the Opera. Ever since then, he was entranced by the effect that theatre can have on a person. He started performing in middle school and has been performing ever since.

As well as music directing for Aftershock, he has worked with various different performance groups. He co-founded and music directed the male acapella group The BroTones. He also acted as Vocal Captain in various different productions with the Way-Off Broadway Players. He is also in the midst of writing and producing a full length play entitled Behind the Closet Door. In addition to theatre, he studies music. He takes voice classes under the direction of Chic Walker at Westminster Choir College. Credits include Assistant to the Sound Designer at the Arden Theater in Philadelphia.  He is currently studying Play-writing and Directing at Arcadia University. 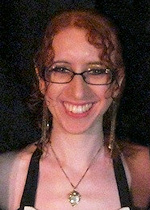 Hillary Kurtz has been dancing ever since she was about 2 years old. She used to prance around the house to any music that was on. Hillary’s mother wanted to put her into dance classes, but it wasn’t till Hillary was 6 that she actually agreed she wanted to take classes. At age 14, she helped a friend choreograph a dance during a summer program, and was hooked. Since then, she’s choreographed many pieces, some with a co-choreographer and some without.

Hillary has been Home Schooled her entire life, except for a few community college courses. She’s taken dance classes at several dance schools, and has also performed in local community theater productions.