On Friday July 13th from 7-9pm, at the Cherry Hill Performing Arts Center, Aftershock Entertainment will be hosting a street self defense workshop! Run by Anthony Scanish (our incredible fight choreographer for Wildest Fantasy) and Ray Croce, $15 gets you a full two hour seminar that will focus on handling yourself in the street and other self defense scenarios! Don’t miss out on this incredible opportunity.

Anthony Scanish
More than just the fight choreographer for Wildest Fantasy, Anthony Scanish is an advanced brown belt in Goju-Ryu karate. He’s been training for over a decade with experience in teaching adults and children. He has also competed and won multiple tournaments with wins in sparring and grappling. Anthony is a firm believer that everyone should be able to feel safe and secure on the streets by themselves.

Ray Croce
Ray Croce is a Fourth Degree Black Belt in the Goju Ryu style of karate. Master Croce began his Martial Arts journey in 1977 with American Karate Studios studying Parker Kenpo under the guidance of Sensei Roy Kleckner. In 1982 he studied with Steve Sanet in Tai Kwon Do and has trained in Krav Maga, Aikido, and Jiu Jitsu. He was inducted in the “World Karate Union Hall of Fame” in 2001 and was a nationally ranked tournament competitor, winning multiple tournaments. Ray feels very strongly that woman, children, and the elderly should have some training in self-defense. Mr. Croce is also a certified Reiki master/teacher and Qigong instructor. 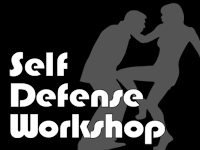